Get a warrant! Today’s cellphone privacy decision in Plain English 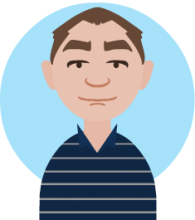 In 1973, the Supreme Court held that police officers did not need a warrant to look inside a pack of cigarettes that they found in the coat pocket of a man who had been arrested. Those kinds of warrantless searches were allowed, the Court reasoned back then, to protect police officers and to prevent the destruction of evidence.

Forty years later, California and the federal government urged the Supreme Court to adopt the same rule for cellphones. Once someone is arrested, they contended, police should be able to go through the entire contents of his phone without a warrant because cellphones are just like any other item that you can carry in your hand or pocket. But today the Supreme Court emphatically rejected that argument. Therefore, unless it’s an emergency, police need to get a warrant before they can search your cellphone. Let’s talk about the decision in Riley v. California in Plain English.

As I explained in my earlier posts (here and here) on this issue, the Court was actually reviewing two cases involving cellphone privacy: those of David Riley, a California man whose smartphone police officers searched and Brima Wurie, a Massachusetts man who was carrying an older “flip phone” when he was arrested. The Court essentially treated the two cases as one, in a sweeping ruling which repeatedly invoked the Founding Fathers’ intense hatred of the British practice of virtually limitless searches for evidence of any crime.

In his opinion for the Court, Chief Justice John Roberts began by noting that cellphones are “now such a pervasive and insistent part of daily life that the proverbial visitor from Mars might conclude they were an important feature of human anatomy.” Moreover, he added, cellphones like Riley’s and Wurie’s “are based on technology nearly inconceivable just a few decades ago” when the Court had upheld the search of the arrestee’s pack of cigarettes. Those observations would make the Court’s job seem easy.

The Court first looked at whether a search without a warrant was necessary – as in its 1973 case – to protect the police officers making the arrest. The Court thought it was fine for police to examine the phone itself to make sure it cannot be used as a weapon. But it decisively rejected the idea that the digital contents of a cellphone can either endanger police or help the arrestee (who, presumably, has already been handcuffed and had the phone taken away from him). And it was unmoved by the argument that police need to look at the cellphone to make sure that, for example, the arrestee’s buddies aren’t headed to the crime scene to ambush them: there was no real evidence that this has actually been a problem, the Court explained, but even if it were a possibility in a particular case, then police could rely on the “emergency” exception to the general rule that a warrant is always required.

The Court was equally dubious that police needed to be able to search cellphones to prevent evidence contained on the cellphone from being destroyed. Once he has been arrested and the phone has been taken from him, the Court reasoned, the arrestee can’t destroy evidence on the phone. Although the data on the phone could be deleted remotely, it continued, it appears that such incidents have been few and far between; in any event, police have other tools – such as turning off the phone or removing the battery – to prevent them.

The Court then turned to the second part of its analysis: the extent to which searching the cellphone of someone who has been arrested will intrude on his privacy. And it is here that we really get a sense that the Justices – who as recently as 2012 relied on eighteenth-century laws prohibiting trespassing to rule in a case involving the use of GPS device to track the car of a suspected drug dealer – have become keenly sensitive to issues of digital privacy, not only for arrestees but possibly also for the rest of us. To demonstrate how cellphones differ from other items that you might be carrying in your pocket, the Court chronicled, in some detail, the many functions of cellphones – as “cameras, video players, rolodexes, calendars, tape recorders, libraries, diaries, albums, televisions, maps, or newspapers” – and emphasized their “immense storage capacity.” Having all of this information stored in one place, the Court explained, collectively provides much more information about our lives than, say, a calendar or camera would, standing alone. In fact, the Court posited, because of the different kinds of data that can be stored on a cellphone, searching a cellphone could provide police with even more information about your life than they could get from searching your home.

The Court acknowledged that its decision today would make it a little harder for police officers to do their jobs: “Privacy,” it conceded, “comes at a cost.” But it took pains to make the scope of its ruling clear. It was not saying, it emphasized, that police can never search a cellphone that they take from someone who is arrested. Instead, all the decision means is that police generally have to get a warrant to do so – a process that, thanks to advances in technology, is easier than ever before because the police often can just make a phone call or send an email. And, the Court added, when time is really of the essence, such as in the case of an abduction or a possible bomb threat, that could justify searching an arrestee’s cellphone without a warrant.

With today’s decision, the Court displayed a unanimity that was somewhat uncharacteristic for such a momentous case on an issue like privacy: only Justice Samuel Alito wrote separately, although he agreed with the result in the case and much of the Court’s reasoning. On the other hand, such a result may not be that surprising at all. Although we tend to think of them as living a somewhat cloistered life, the Justices and their families and friends use cellphones and computers and tablets just like the rest of us, and they probably share many of our concerns about keeping our private information private. (Indeed, as public figures they may be even more worried about these issues than the average person.) And given how sensitive they were to issues of digital privacy today, it will be interesting to see how they might react to similar issues – including, but not limited to, the National Security Agency’s domestic surveillance program – in the future. Stay tuned.